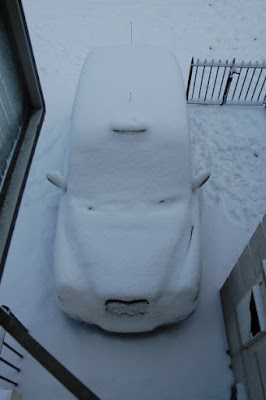 My cab, one day last week

Posted by Truckmann at 2:49 am 12 comments: Links to this post

Hi folks
Time for another post for all those people out there looking for their latest fix.

Since my last post I have celebrated my 47th birthday (30th January). I went up to Ipswich to spend a bit of time with Jane and we had a nice night out at Temptations Chinese Buffet in the town centre. Those buffets are such good value and have such a massive range of dishes that people flock to them in droves and you have to book to get in. We never booked but simply turned up in the hope of getting a table and we were told we had from 7pm until 8.30 to eat and vacate the premises, which turned out to be ample time to stuff ourselves silly. That gave us the rest of the evening to………..do some stargazing!!

On my latest visit to the new taxi garage I met with the co-owner. He was much more business like than the other guy I’ve been seeing there and he insisted that I set up a standing order to pay the weekly cab rent on time. There are two problems I have with that. Firstly, the main reason I left the other garage and came to this one was because it was very close to where my parents live. I don’t visit as much as I’d like due to always working strange hours so moving to this garage would help me visit more often. Now that the money will be paid electronically I won’t get to do that. Secondly, those of you who’ve read the whole blog will know I like a bit of leeway when paying the rent. Now the money will go out every Friday whether I have it or not so if I’ve had a bad week then I’ll be in trouble. I suppose it will have to be a priority now ahead of my house rent and my Inland Revenue payments.

While I was there I got one of the mechanics to fit a headlight and a “For Hire” light bulb. According to my brother in law (Super Mechanic) who also has a TX4 the bulbs blow a lot more often than the other cabs so, at a fiver a pop for a headlight, it’s just as well I don’t have to pay for them. The day after I paid the cab (last Thursday) the other headlight blew so I’ve been the one eyed monster all week including the drive to and from Ipswich.

Fate decided that Sunday night would be the night when London had it’s worst snowfall for 18 years. It started around 6pm with just a few flakes and steadily progressed until the roads were a slippery and dangerous mess. It got so bad that the whole bus network was suspended as was a big part of the train network. This left many thousands of people stranded and those that could afford it in need of a cab ride.
Now, from past experience, if it has snowed heavy then the last place, as a taxi driver, you want to go is anywhere outside of the centre. The reason for this is because you basically end up stranded on impassable roads and stuck on hills. The passenger then gets out and leaves you there to get on with it. So with taxis as the only way home for most people most of the journeys would have ended well outside the centre had I opted to take them but I had to be ruthless and put my own well being first and pick only the shorter jobs that would have kept me in the work. Victoria Station was one such place where I drove in with my doors locked to find a whole queue of people all wanting to go to places like Croydon and Norbury and various other destinations in South and South East London. They’d obviously been there a while and probably been refused by many a cabby so as I slowed at the rank they tried to get in first (possession is nine tenths of the law) and ask questions later. I knew it was going to be stressful working this way so I decided to go home after this job and selected a couple going to Parsons Green. Even this journey was treacherous and I got stuck twice. The first time, as I turned right from Buckingham Palace Road into Pimlico Rd and then again at the junction of Kings Road and Lotts Road where the road elevates over a hump back bridge. I dropped them near Kebab Kid which was still open so I pulled over and treated myself to one of the finest Chicken Shawarmas you’ll get anywhere in London. The radio was going berserk trying to cover work to all corners of London but I’d had enough for one night and crawled home.
The next day proved to be a bumper day for me as at least 50% of all cabs must have been snowed in in the suburbs and the streets were devoid of any traffic. The work was mental. One in, one out everywhere. All of it staying local. I don’t think I crossed the Thames all night. It got really icy on the roads around 2am on the Tuesday morning and I lost control of the cab in Ladbroke Grove. Had anything been coming the other way I would have had a head on smash but luckily the streets were empty and I managed to creep home unscathed. It reminded me of a time in the eighties when I was driving to work one winters morning and I hit black ice on Bollo Lane. The Morris Marina I was driving spun about five times, mounted the pavement, smashed off a wall missing loads of cars on the way and landed back in the road the same way I’d been driving. I didn’t even stop to check the damage I just carried on to work in shock. Dodgy stuff that black ice.

Another thing that happened this week was that I finally scuffed my brand new hub cabs. I decided to stop for a coffee in Cranbourne Street and pulled in to the snow and ice filled right hand side only to hear a grinding sound as the oversized hubcaps scraped the kerb. I was quite upset for a few moments as I’d really tried my best not to let that happen but I think most cabbies will agree that inevitably it always happens.

Four days on and there’s still a lot of snow and ice about with more being forecast.
I stopped for a coffee in Kings Road with Chris tonight and as we sat in my cab putting the world to rights there was a couple of drunks rolling about on the opposite pavement. It was such a funny sight watching them try and get each other up only for them to fall over again. The Chelsea locals seemed appalled and disgusted as they walked past and I thought to myself that I bet one of them would call the police. The two drunks managed to get on their feet and headed for the restaurant and shopping complex at Duke of Yorks Square. Within minutes a police car had pulled up and two officers raced into the complex. Chris and me decided to be nosey and locked up the cab and walked into the square. One of the two drunks was nowhere to be seen but the other one was surrounded by police and the complex’s security guards. We walked past and tried to listen to what was being said and could only glean that the man was Polish and was being asked for ID by one of the policemen. Nothing more to be seen here so we went back to work and I only managed a few more jobs before I had to rush home with dodgy Newingtons. Don’t ask.